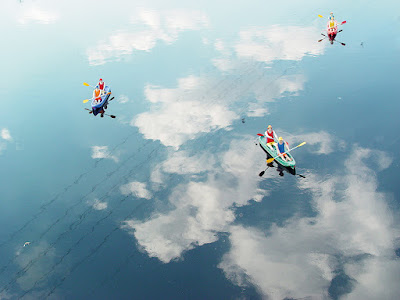 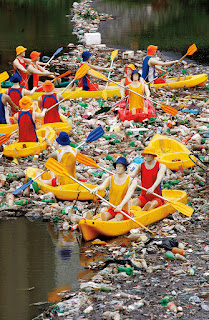 Dozens of colored kayaks carrying mannequins float along the polluted waters of the Pinheiros River, São Paulo. Thousands of people travel the bridges and riverside expressways of the city each day, and the intention was to remind them of the existence of this abandoned feature of the metropolis.


The intervention Caiaques (Kayaks) recreated the water sports São Paulo regatta clubs used to conduct on the river up until the 1920s. Today, the river is a running sewer, a testament to disregard by successive governments and the general populace.

During the final week of the installation, a huge island of garbage formed and the kayaks ran aground on it, totally changing the composition of the work. 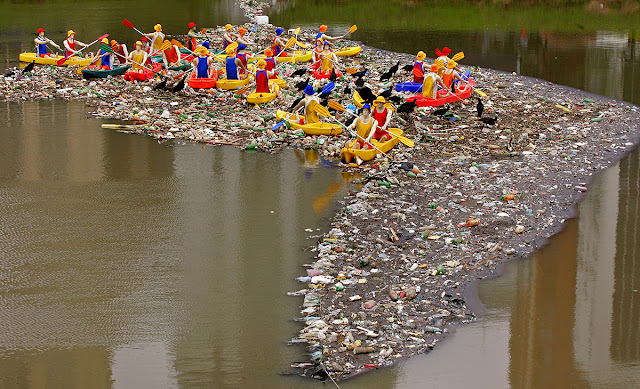 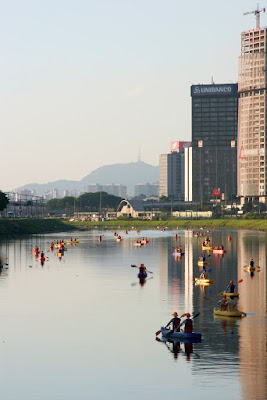 Born in São Paulo, Eduardo Srur began his career as a painter before focusing on urban interventions.

His works avail of public space in order to draw people’s attention to the environmental and everyday issues affecting large cities. The aim is always to expand the presence of art in society and bring it closer to people’s lives. The city is the research lab in which Srur engineers artistic experiences, with the public and the government as his prime targets.

Srur’s body of work serves as a guide to the city’s mismanaged spaces and glaring urbanistic errors. Above all, they are conceptual criticiques that stoke awareness and draw the gaze to a new aesthetic and understanding of the visual arts. 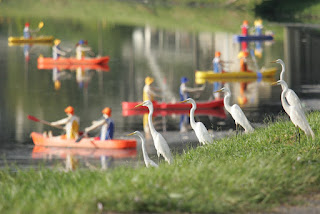 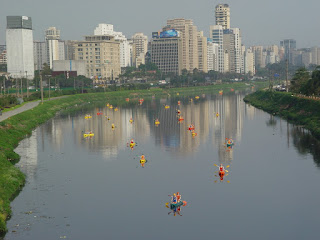 Srur has held numerous urban interventions in São Paulo city and participated in exhibitions in a range of countries, including Cuba, France, Switzerland, Spain, Holland, England and Germany.

The artist lives and works in São Paulo.

He is founder and owner of ATTACK Intervenções Urbanas, a company specialized in the production of special projects in urban space.