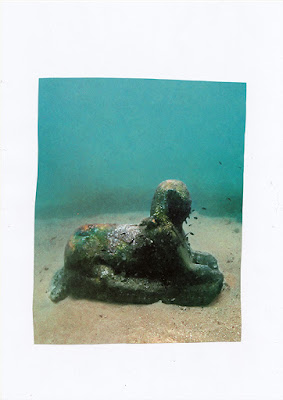 " Born Codogno (Lodi) nel 1966, live and work in Milano.
Obsessive. Obsessed. Serious. Good, or at least as so he would like to be perceived and loved. In fact evil. Obsessed by performance. At any cost. He doesn’t care about the rest. Indians, old ladies: pure plastic material for his exhibitionist purposes. Marcello holds out. As a Viking convinced of having discovered America but who in the end was only interested to go home. Non-sense. Joyously useless. Which in the end is what fascinates about performances, and of his ones in particular. His being out of the system unmissable and without value. Then there is the cult of the physique, his one and the male body in general. We desperately try to interpret something which is apparently daily or homely, but which doesn’t belong to anybody. Because in the end it is artistic, whatever this may mean today. And belongs to a happy few. Because it’s performance in the sense of ready made behaviours. But also performance as a last attempt of remaining tight to the improbable. But with feet well down on the ground. Aware of the rhetoric. Aware that the only thing that it can witness is not the other’s pain, but only oneself personal one. During a performance it is as if we were always on hold. Maybe we are still waiting something from performances in general. And it’s where we have to learn, by Marcello Maloberti above all. There is nothing that will happen and nothing to wait. This is the point. Learning to take with joy what it seems to be just a moment before, but which instead is not and will not be anymore. Marcello! Marcello! "
Text by Carlo Antonelli e Andrea Lissoni
Libellés : WWJ