ILYA & EMILIA KABAKOV
The Toilet on The Lake, 1996
/metaphysical-philosophical installation/ 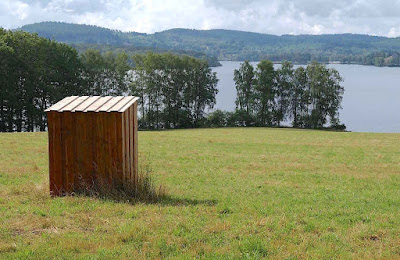 This installation "plays" with two "meditative states".
Sitting in the toilet and dreaming in quiet, wonderful nature. Placed on the bank of the lake it is inviting you to sit in these "stalls".
And if you look into the direction of the lake, you will have a marvelous feeling of solitude,
tranquility and peace which is contrary to your usual state of perpetual anxiety.
A feeling of time standing still, a sense of approaching eternity ...

Ilya and Emilia Kabakov are Russian-born, American-based artists that collaborate on environments which fuse elements of the everyday with those of the conceptual. While their work is deeply rooted in the Soviet social and cultural context in which the Kabakovs came of age, their work still attains a universal significance.


Ilya Kabakov was born in Dnepropetrovsk, Soviet Union, in 1933. Today Kabakov is recognized as the most important Russian artist to have emerged in the late 20th century. His installations speak as much about conditions in post-Stalinist Russia as they do about the human condition universally.

Emilia Kabakov (née Lekach) was born in Dnepropetrovsk, Soviet Union, in 1945. She immigrated to Israel in 1973, and moved to New York in 1975, where she worked as a curator and art dealer. Emilia has worked side by side with Ilya since 1989. 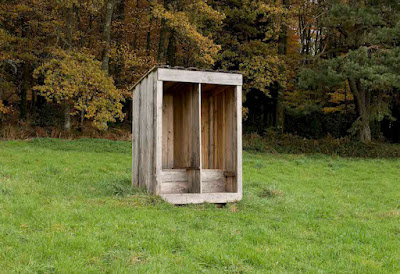 Their work has been shown in such venues as the Museum of Modern Art, the Hirshhorn Museum in Washington DC, the Stedelijk Museum in Amsterdam, Documenta IX, at the Whitney Biennial in 1997 and the State Hermitage Museum in St. Petersburg among others. In 1993 they represented Russia at the 45th Venice Biennale with their installation The Red Pavilion. The Kabakovs have also completed many important public commissions throughout Europe and have received a number of honors and awards, including the Oscar Kokoschka Preis, Vienna, in 2002 and the Chevalier des Arts et des Lettres, Paris, in 1995.In 2014, the documentary film "Ilya & Emilia Kabakov: Enter Here" premiered in New York City.
The Kabakovs live and work in Long Island.
Libellés : WWJ