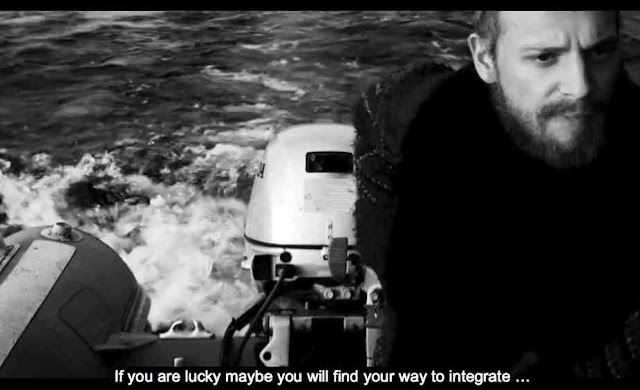 Please click here to watch the full video on vimeo

"This video is originally based of the refugees situtaion. It is based on my observations and the experiences I had in Europe over the years. This video is way to warn, naively maybe, the others. At the end it is a self-portrait.
Water has a very symbolic side of purification and  transparancy. It cleanses us, it transforms us, it conveys something still unknown, and sometimes it kills us. It is unstable, it is insecurity. This is what we, as human beings, seek to flee, what we try to avoid. With its threatening aspects, almost dangerous, the water symbolically reminds us, through its waves which extend over the rives, the waves of immigration and refugees and tell the stories and the daily reality of all the new arrived."
Dorian Sari