A new river is designed by natural elements and human intervention. Following the restoration of the Aire river in Geneva, Superpositions evokes the sensation of a journey along the course of the river during its evolution. A landscape project by the Superposition Group led by swiss architect Georges Descombes. A video directed by Michel Favre, 2014.

The video Superpositions, 2014 offers a sensory immersion across the streams of Geneva, during the extensive water works which took place in 2014 which involved redirecting the water channel back to its original path. 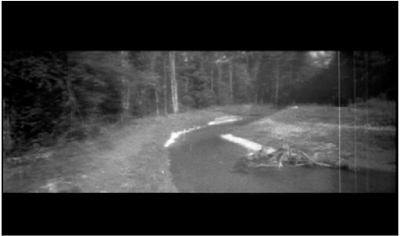 Born in Geneva (Switzerland) in 1964, Michel Favre works and lives between Geneva (Switzerland) and São Paulo (Brazil). He is an artist and filmmaker. Since 1996, Favre has collaborated with artist, Fabiana de Barros on developping performance projects, video installations and photographic series.