ART for The World annual break and upcoming projects


OUR FILM PRODUCTION ON VIEW in August
British Film Institute, London, August 2, 16 and 19: screening of the short movie THE ACCORDION by Jafar Panahi

For its third and last venue – after Venice (2011) and Marseille (2012) – The Mediterranean Approach will travel overseas to Brazil, to be hosted in the spaces of the SESC Pinheiros in Sao Paulo, during the 2012 Sao Paulo Biennial and in collaboration with the Regional Direction of SESC Sao Paulo. In Brazil, the exhibition will present some different works, in particular the sculpture 100 Words of Love by Ghada Amer. In this context, the filmmaker Hüseyin Karabey will held the workshop Digi-Tales, giving to the participants the chance to turn their personal stories and experiences into their own digital movie. Furthermore the artist Peter Wüthrich will continue his series on the city angels in shooting, during his journey in Brazil, the Angels of Sao Paulo.

In the context of the Milan EXPO 2015, FOOD is a large itinerant show on Mother Earth, Agriculture and Feeding, inviting artists to explore the fascinating question of food and alimentation. The project will include performances, workshops, film screenings as well as conferences and debates embracing culture, economy, traditions, etc.
In partnership with the Department of Culture of Geneva, the world première opening will be in Geneva on December 18, 2012 in the temporary exhibitions spaces of the Musée Ariana, a neo-classical building hosting a permanent collection of ceramics.
On October 16, 2012, during the International World Food Day, a press conference will take place at Palazzo Isimbardi in Milan, announcing the ensemble of the project, that, after Geneva, will tour to Milan in autumn 2013, in collaboration with the Cultural Department of the Province of Milan. Other venues – such as Sao Paulo, Marseille and New Delhi, among others - will host the project throughout 2013-2015.

Adelina von Fürstenberg will be in Yerevan on July 8 - 15 as Honorary Guest and Member of the Armenian Panorama Program Jury of the 2012 edition of the Golden Apricot Film Festival, focused on the topic of crossroads of cultures and civilizations. 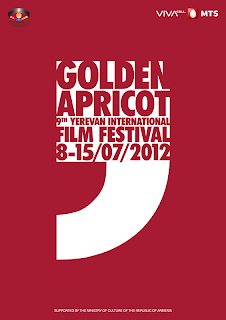