Our films on view in July

Our films on view in film festivals, events and on TV in July:

- Free Your Minds Film Festival, Phnom Penh, Cambodia: The Accordion (2010) by the well-known Iranian director Jafar Panahi will be screened at the House Phnom Penh, media and arts center. Free your Minds is the first human rights film and art festival after 30 years of civil war in Cambodia. It consists of a full month of  film screenings and art exhibitions.
www.meta-house.com 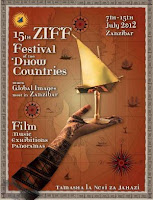 - VPRO Television, The Netherlands, July 22: the short movie What about me? (2008) by the Israeli directors and writers Etgar Keret and Shira Geffen will be broadcast on Dutch VPRO Television within the program Summer Guests, a three hours live interview with well-known Dutch guests from the world of science, culture and politics. On July 22, Micha Wertheim, a very well-known comedian in the Netherlands, will introduce and present the short movie What about me?
www.vpro.nl

1 comment:
Libellés : Festivals, Stories on Human Rights, THEN AND NOW Beyond Borders and Differences

THEN AND NOW screening at the University of Milano -Bicocca

The long feature THEN AND NOW Beyond Borders and Differences will be screened at the University of Milano-Bicocca in Milan on Friday, June 22 at 5pm.
The screening is part of the seminar The Border Crossing organized by the University Milan-Bicocca and the University of Notre Dame (USA) on the topics of borders, sovereignty and rights. 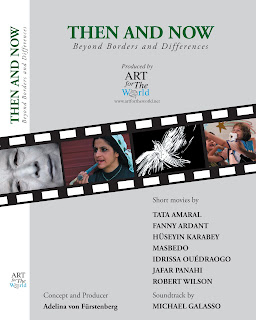