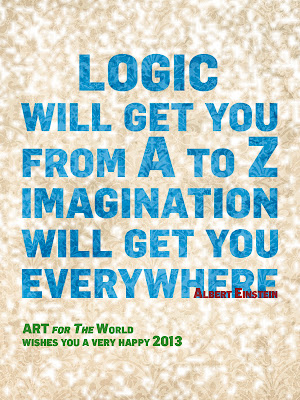 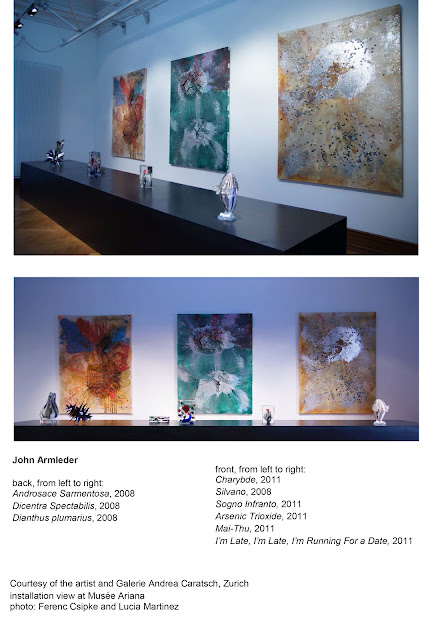 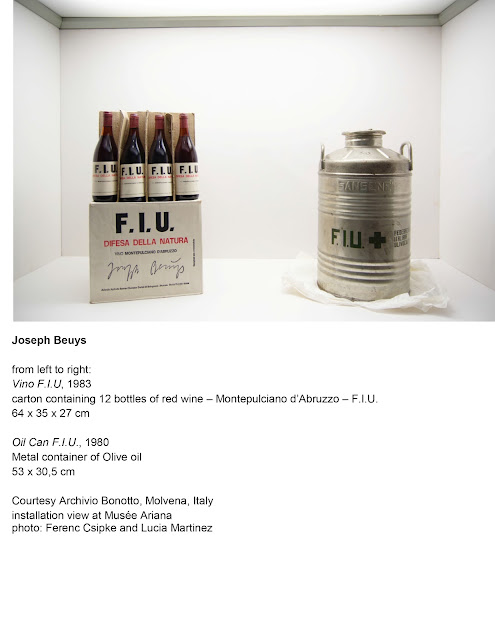 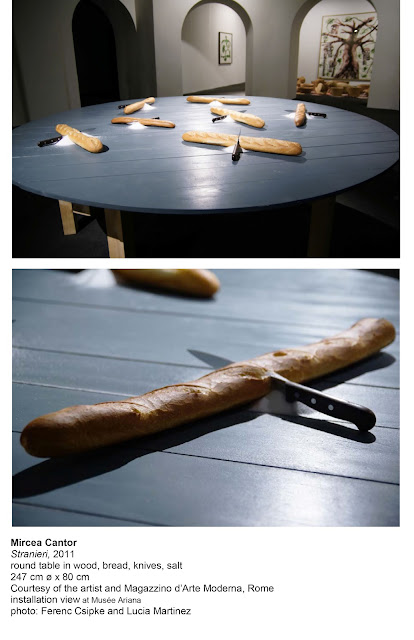 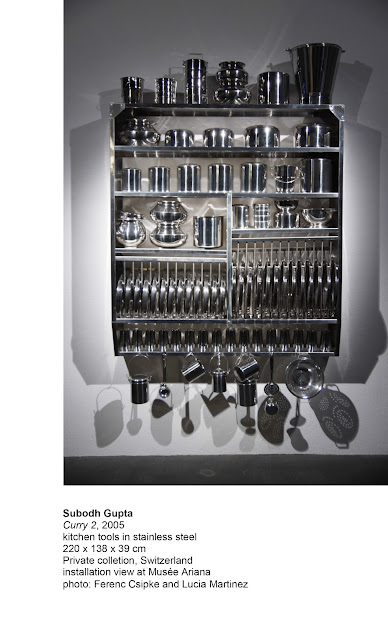 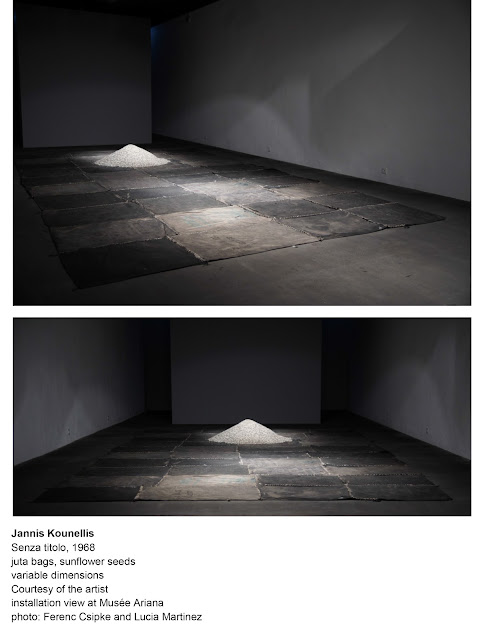 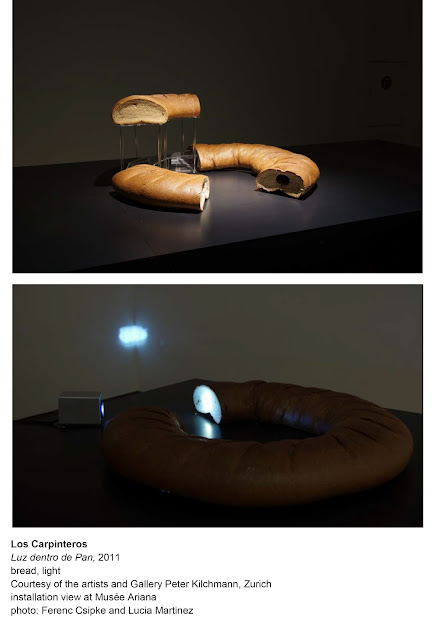 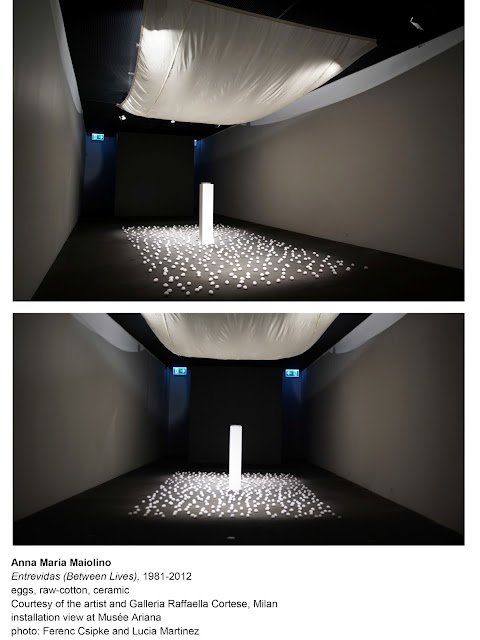 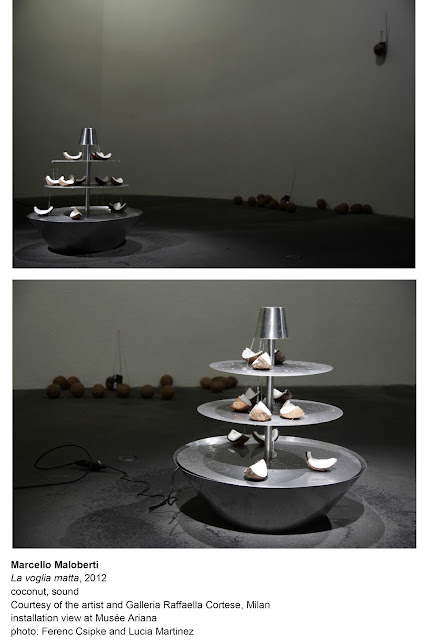 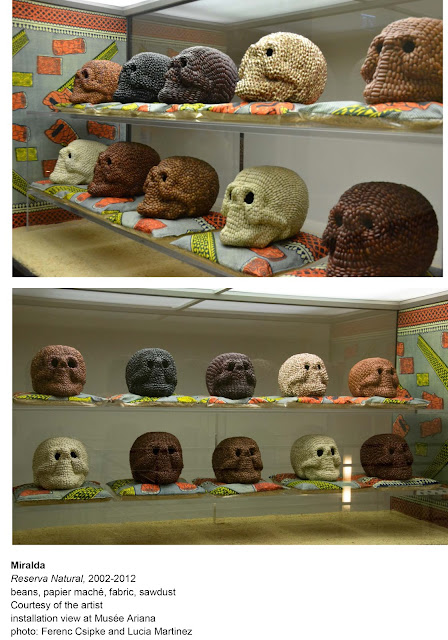 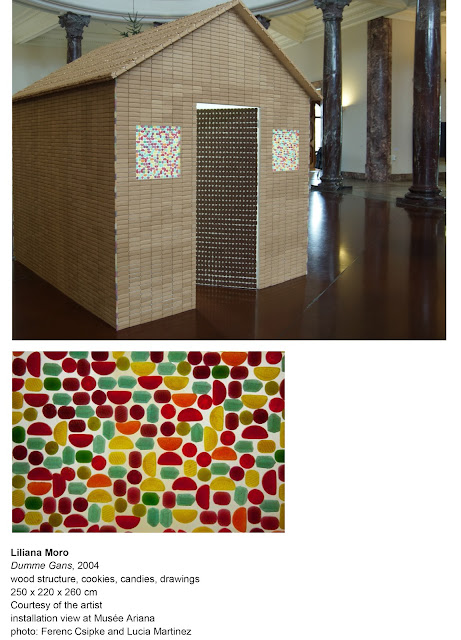 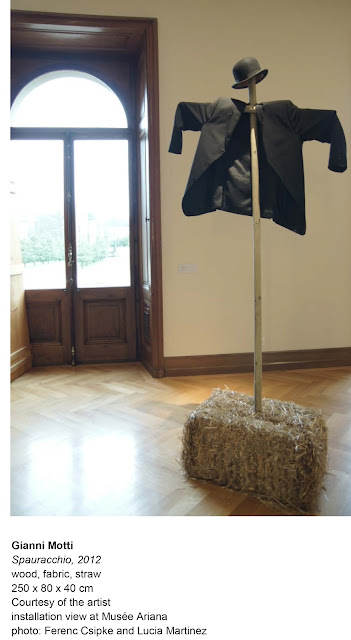 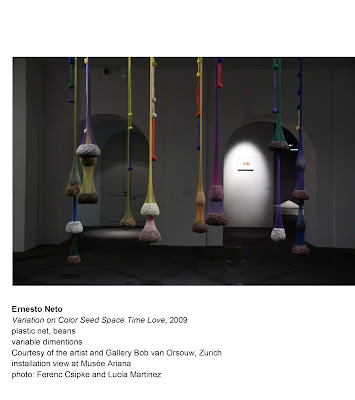 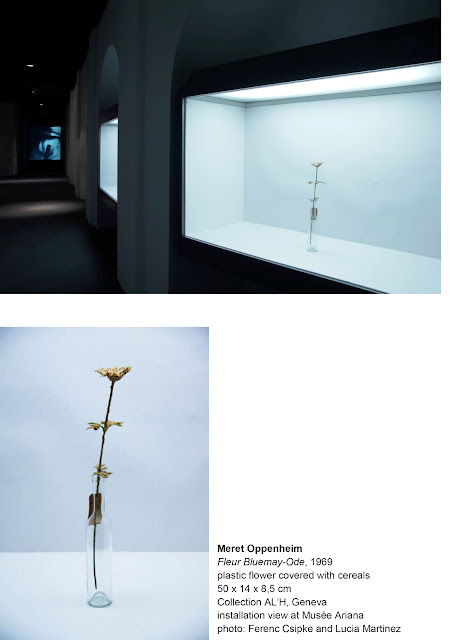 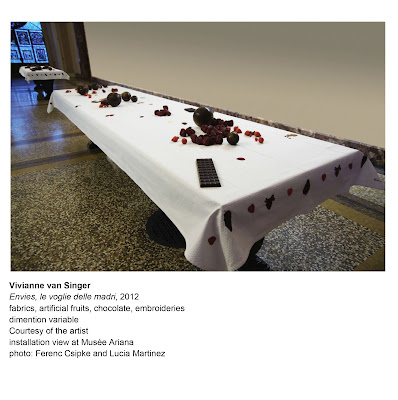 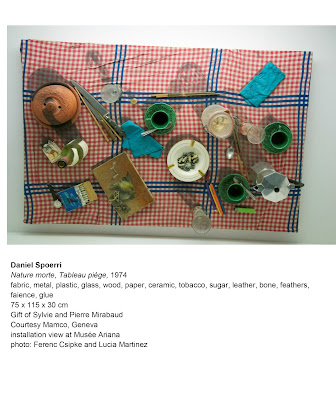 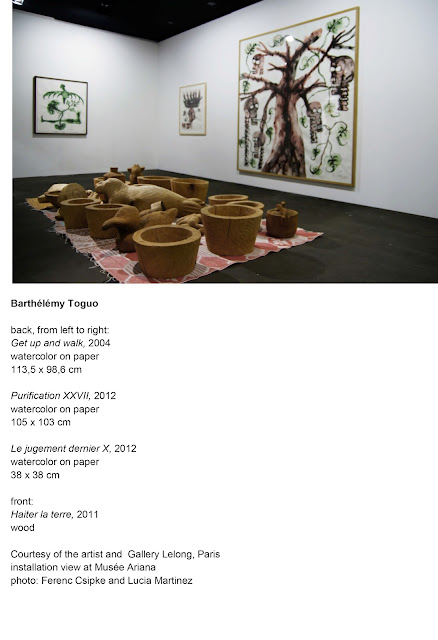 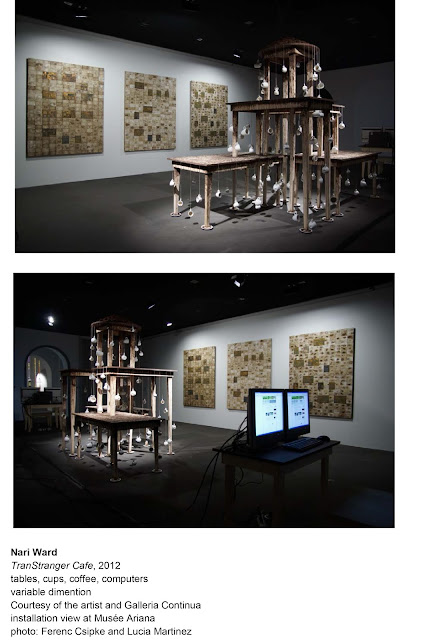 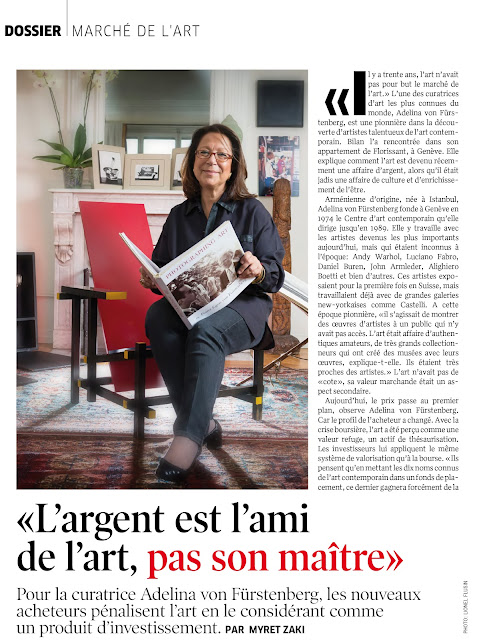 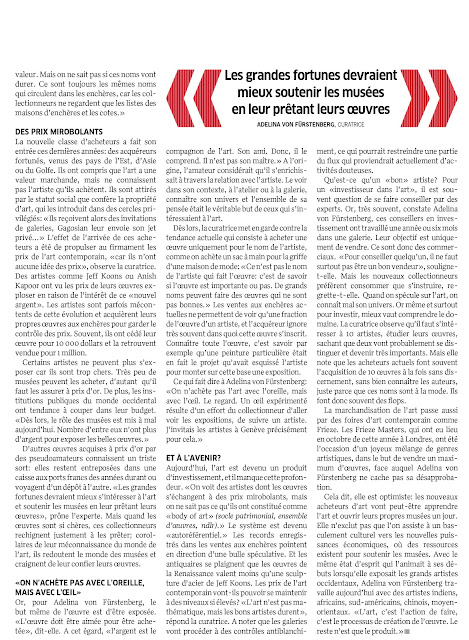 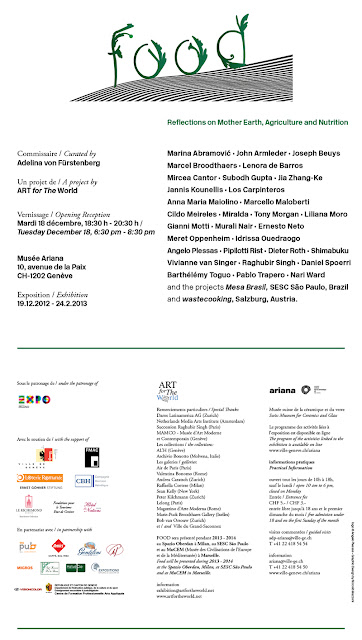 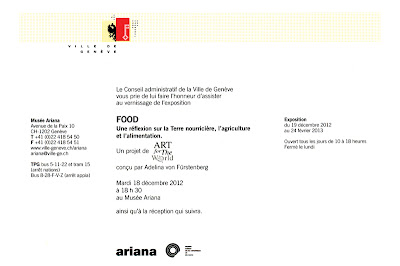 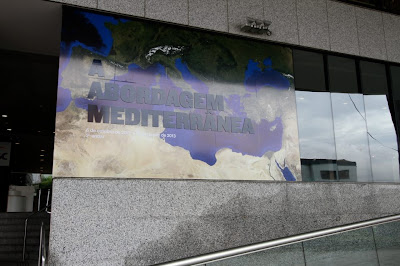 had already 56.240 visitors in seven weeks.
The exhibition will be hosted until January 13, 2013
in the large spaces of the SESC Pinheiros in São Paulo.
Free Entry. 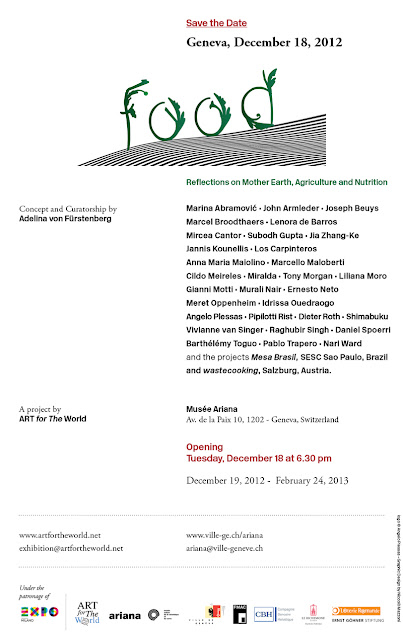 ART for The World presents FOOD, an international travelling art project that will be presented in avant-premiere in Geneva at the Musée Ariana, Swiss Museum for Ceramics and Glass, 10 Avenue de la Paix, located in the neighborhood of the international organizations and next to the headquarters of the United Nations.

Curated by Adelina von Fürstenberg, FOOD is focused on the preservation of our Mother Earth, the choice of nutrition, the climate changes consequences, the agricultural products poisoning, and the feeding distribution gap.
FOOD is international travelling art project composed by an art exhibition, a series of keynote conferences related to the field, and a selection of short movies.

After the Geneva venue, FOOD will be presented at Spazio Oberdan in Milan under the patronage of Expo Milan 2015 in September 2013 in collaboration with the Province of Milan, at SESC  Sao Paulo in March 2014 and in Marseille in October 2014 at MuCEM (Musée des Civilisations de l’Europe et de la Méditerranée).

A press conference announcing the project took place during WORLD FOOD DAY, October 16, 2012, at Palazzo Isimbardi, in Milan with the participation of Mr. Filippo Ciantia, Chief of the International Relations, EXPO Millano 2105, the Geneva Administrative Counselor Mr. Sami Kanaan, President of the Department of Culture and Sport, the Vice-President of the Province of Milan, Mr.Umberto Maerna, Chief of the Department of Culture, the Vice-President of Slow Food, Daniela Rubino, and many of the main partners and organizers of the project FOOD.


ART for The World is a Non Governmental Organization (NGO), associated with UNDPI, the United Nations Department of Public Information, and recognized of Public Utility by the State Chancellery of Geneva. ART for The World aims to mobilize contemporary art, cinema and culture on the most relevant issues of our society. Since its foundation in 1996, ART for The World has organized large projects in Switzerland, Italy, France, UK, Greece, Armenia, Turkey, India, Africa (Morocco and Burkina Faso), North and South America. Since 2008, the NGO has produced twenty-nine shot movies by video artists and independent filmmakers linked to the Human Rights. Since 1998, ART for The World collaborates, on permanent base with the Regional Direction of SESC Sao Paulo, the Brazilian largest NGO. ART for The World Europa, its sister association, was funded in 2005 in Turin, with an executive office in Milan.

With the support of