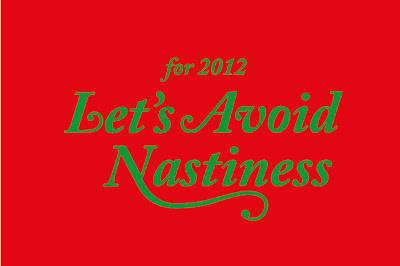 Carnaval dos Deuses by Tata Amaral is a short movie produced by ART for The World and co-produced by SESC Sao Paulo in 2010.
The short is a segment of the collective film project THEN AND NOW Beyond Borders and Differences produced by ART for The World under the auspices of the Alliance of Civilizations and the Council of Europe and inspired by article 18 of the Universal Declaration of Human Rights, "Everyone has the right to freedom of thought, conscience and religion".

The short movie by Tata Amaral focuses on the topic of the syncretism of beliefs and tolerance investigating how it is possible to represent the cultural and religious mixtures and the multiple forms of belief which come from diverse sources and which emerge from a completely different historical background.

Interviewed on Carnaval dos Deuses, Tata Amaral said:
“I worked with children ages 6 to 8 that, gathered in a middle class or lower middle class school in São Paulo, get to know and deal with religious differences. These children have diverse cultural and religious origins, as happens a lot in Brazil: Catholics, Jews, Umbanda and Santo Daime practitioners live in harmony. But how do the children understand religion and/or religious practices of their parents?
The fuse of my movie is Leon’s narrative to his friends about the Jewish ceremony Brit Milah (circumcision) for his newborn brother. Impressed, the boys discover evenness and differences in religious practices to which they came in contact with: Christmas, Hanukkah, Twelfth Night, Umbanda rituals and Buddhism. Leon reveals, at his manner, that his father is Jewish and his mother is Catholic, and both attend Ayahuasca ritual.
In a small microcosm such as a children’s school, we find the presence of different religions and rituals, narrated and meaning through the eyes and comprehension of such children. To them, differences are curiosity and not a reason for disagreements.
Children’s narrative is punctuated with images of the rites described. Such images, half-fantasy half-reality, end up in a big pantheism party, almost like a Carnival”.
No comments:
Libellés : THEN AND NOW Beyond Borders and Differences, Video Gallery

No darkness will make us forget: Best Short Film at the Pomegranate Film Festival

We are pleased to announce that No darkness will make us forget by Hüseyin Karabey won the Best Short Film Award at the Pomegranate Film Festival in Toronto. 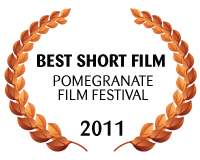 http://www.pomegranatefilmfestival.com
No comments:
Libellés : Festivals, THEN AND NOW Beyond Borders and Differences

The Accordion at Exit Art in New York

The Accordion by Jafar Panahi will be screened at Exit Art, a non profit arts center in Manhattan. The screening will be part of a program of shorts films made for Cine Foundation International's Campaign to protest  the sentence and ban from filmmaking of Panahi and Mohammad Rasoulof. 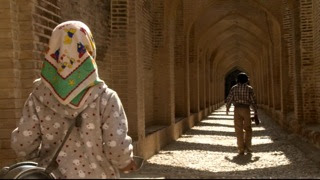 Exit Art is an interdisciplinary cultural center founded in 1982  that  presents innovative exhibitions, films and performances that reflect a commitment to contemporary issues and ideas.
http://www.exitart.org
No comments:
Libellés : Festivals, Jafar Panahi, THEN AND NOW Beyond Borders and Differences
Newer Posts Older Posts Home
Subscribe to: Posts (Atom)