Next screenings and premières in worldwide Film Festivals

Screenings Premières in March 2011:
- Human Rights and Forum Film Festival, Geneva
- Sguardi Altrove Film Festival, Milan
THEN AND NOW Beyond Borders and Differences Omnibus film composed by 7 short movies by TATA AMARAL, FANNY ARDANT, HUSEYIN KARABEY, MASBEDO, IDRISSA OUEDRAOGO, JAFAR PANAHI, ROBERT WILSON.
Inspired by Article 18 of the Universal Declaration of Human Rights, "Everyone has the right to freedom of thought, conscience and religion", the short movies are based on the themes of non violence, tolerance and respect for differences.

No comments:
Libellés : THEN AND NOW Beyond Borders and Differences 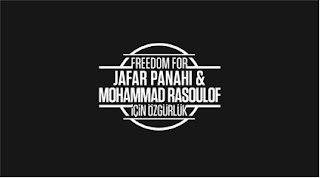 Freedom of expression and thought has been increasingly facing serious problems and suffering more and more pressure. Totalitarian governments have been increasing pressure and censorship using unbelievable pretexts not acceptable by anyone who has dignity. Artists and intellectuals trying to express themselves have been forced to live in more and more difficult conditions. Governments all over the world have been trying to legitimize their repressive systems by deliberately sacrificing freedoms to a security problem.
One of the latest examples has been in Iran. Iranian directors Jafar Panahi and Mohammad Rasoulof have faced the government’s pressure and isolation. Panahi has been sentenced to six years in prison and banned for twenty years of writing, directing, producing and giving interviews. Rasoulof has been sentenced to six years in prison for “opposition”.
We consider these sentences as one of the most actual examples of a government’s pressure on the individual and we oppose it.
We, as the Turkish film-makers, condemn this terror and pressure on Jafar Panahi, Mohammad Rasoulof and on all Iranian film-makers who suffer. We declare to the world that we will keep on watching closely this issue until it will be resolved.
We support the decision of directors Tayfun Pirselimoglu and Pelin Esmer for their decision of withdrawing their films from Fajr Film Festival as an act of protest.
To demonstrate our support, we will dedicate our films that we will make this year to Iranian film-makers. We will work as hard as we can to lay bare all the reality that totalitarian regimes have been trying to hide.
We see each frame through the eyes of Iranian film-makers under pressure.
NEW CINEMA MOVEMENT
No comments:
Libellés : Jafar Panahi 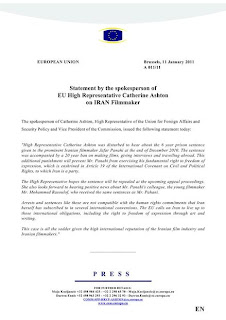