Uncle Boonmee Who Can Recall His Past Lives directed by Apichatpong Weerasethakul won the prestigious Palme d'Or at Cannes 2010.
Concerning the award, Tim Burton, president of the jury, commented: “The world is getting smaller and more westernised, more Hollywood-ised and this is a film where I felt I was watching from another country. It was using fantasy elements but in a way I'd never seen before so I just felt it was like a beautiful, strange dream."
Accepting the Palm d'Or, Weerasethakul said: "I would like to thank all the spirits and all the ghosts in Thailand who made it possible for me to be here."

In 2008, ART for The World had the pleasure to work with Apichatpong Weerasethakul. He shooted Mobile Men, one of 22 short-movies from the long-feature film Stories on Human Rights, in honor of the 60th anniversary of the Universal Declaration of Human Rights. 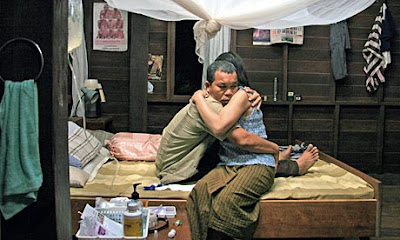 Film Still from Uncle Boonmee Who Can Recall His Past Lives 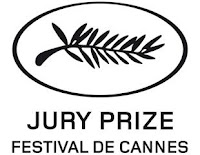 Un homme qui crie (A Screaming Man) by Mahamat Saleh Haroun won the Jury Prize.
"I come from a country where little exists," said Haroun on receiving his prize. "In this desert-like context I learnt one thing: you have to make films the way you'd prepare dishes for the people you love."
The Chadian director is going to shoot a short-film produced by ART for The World for the long-film THEN AND NOW Beyond Borders and Differences.

2 comments:
Libellés : Awards, Stories on Human Rights, THEN AND NOW Beyond Borders and Differences

On May 23, Italian newspaper La Repubblica published an article about Chimères absentes by Fanny Ardant.
The article is available online at:
http://www.repubblica.it/persone/2010/05/23/news/fanny_ardant_rom-4280991/
1 comment:
Libellés : Press, THEN AND NOW Beyond Borders and Differences

THEN AND NOW
Beyond Borders and Differences
Inspired by the article 18 of UDHR, the article 9 of the Council of Europe ECHR and the article 10 of the Charter of Fundamental Rights of the European Union “Everyone has the right  to freedom of thought, conscience and religion", ART for The World has  invited indipendent  filmmakers to highlight, in approx. 6' short films,  awareness of the complexity of cultures and beliefs.
The production has  started in spring 2010  and  will be launched in 2011.
The participant artists and filmmakers are,  among others,  Tata Amaral (Brazil), Fanny Ardant (France),  Faouzi Bensaidi (Morocco), Sergei Bodrov (Russia), Isabelle Coixet (Spain), Mahanat- Saleh Haroun (Tchad), Hüseyin Karabey (Turkey), Masbedo (Italy), Murali Nair (India), Guka Omarova (Kazakhstan), Idrissa Ouédraogo (Burkina Faso), Jafar Panahi (Iran), Abderrahmane Sissako  (Mauritania/Ethiopia) and Robert Wilson (USA).

Chimères Absentes by Fanny Ardant
The short tells the story of Sonietcka, a Roma child who is not allowed to eat at the school refectory, because of her family's condition of poverty. Fanny Ardant, who plays a role in the short, has been filming in the historical centre of Formello, a village close to Rome, with professional actors and Roma people.
Chimères Absentes is associated with the Council of Europe Dosta! Campaign against prejudices and stereotypes towards Roma in Europe. 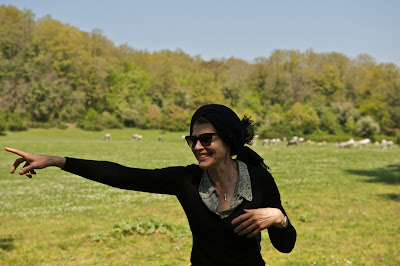 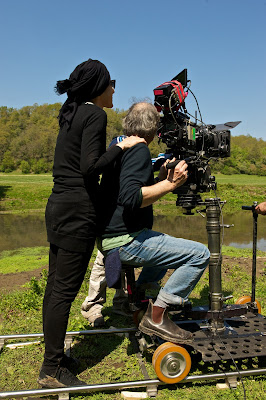 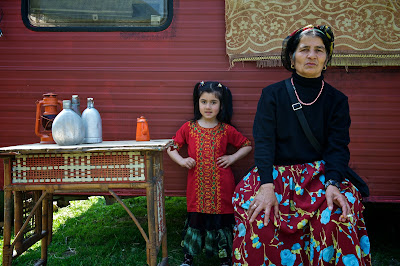 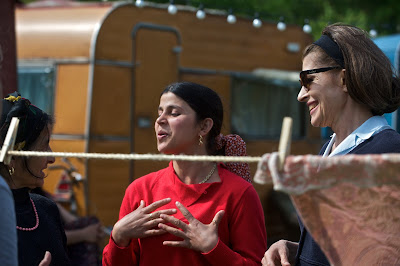 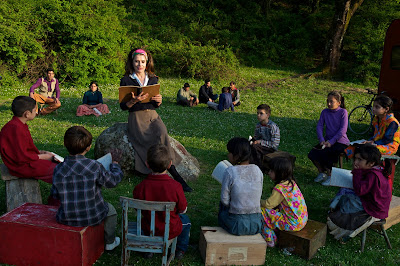 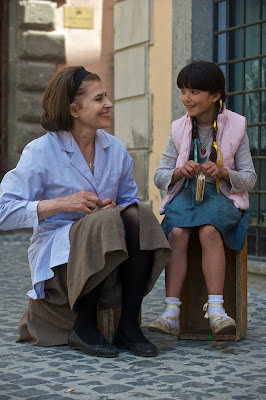 On set photos by Sandro Weltin/Council of Europe


Distante un padre (A Far Away Father) by Masbedo (Nicolò Massazza and Jacopo Bedogni), artists and videomakersm turn an intimate tragedy like the seath of a child into a universal drama. In particular, they focuse on the delicate relationship among life, death and after. 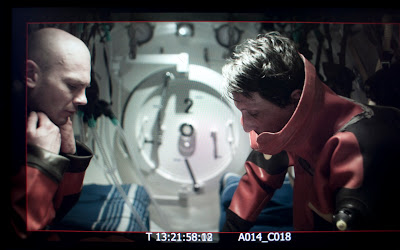 Film Still
La longue marche du caméléon (The Long March of a Chamaleon) by Idrissa Ouédraogo examines the role of traditions and superstitions of the Animistic practices in Africa. According to the tradition, the chamaleon anticipates a bad luck premonition. If someone offends a chamaleon, his gesture will be punished. 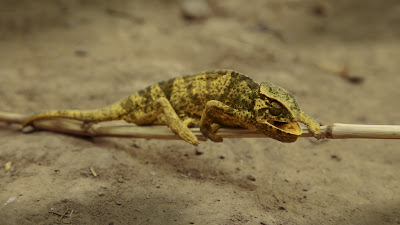 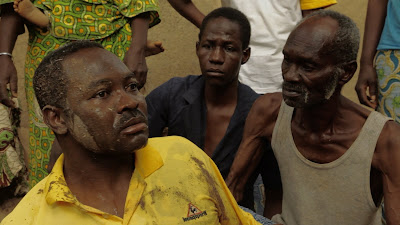 Carneval dos Deuses (Gods Carnival) by Tata Amaral deals with the syncretism of beliefs. While making costumes for Carnival, a group of Brazilian children speak about the rituals they practice within their family: Christmas, Hanukkah, Twelth Night, Umbanda rituals, Buddhism. The starting-point of the conversation is Leon's description of Brit Milah, the Jewish ceremony of circumcision. 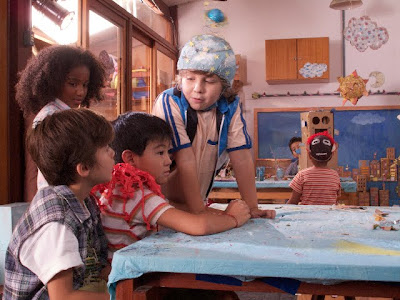 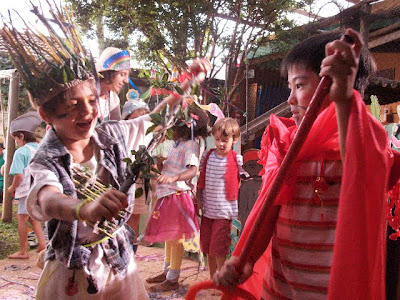 GAO by Robert Wilson focuses on the spirit of non-violence. After a close-up of the face of Nobel prize-writer Gao Xingjian, a phrase starts writing by itself: “Solitude is a necessary condition of freedom”. According to Wilson, solitude can be the reign of one's own universal liberty. 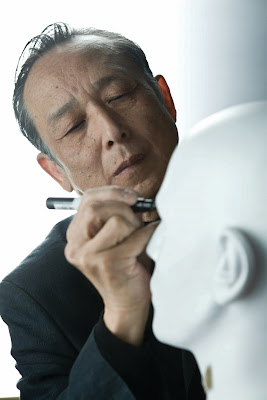 4 comments:
Libellés : THEN AND NOW Beyond Borders and Differences

Council of Europe and ART for The World join forces to produce human rights short films under the banner THEN AND NOW. Beyond Borders and Differences

Following the worldwide success of the film Stories on Human Rights, produced on the occasion of the 60th Anniversary of The Universal Declaration of Human Rights, Art for The World – under the auspicies of the Council of Europe and the UN Alliance of Civilizations – is producing its second collective film project, entitled THEN AND NOW Beyond Borders and Differences.
So far, the first series of five short-movies by Masbedo (Italy), Idrissa Ouédraogo (Burkina Faso), Tata Amaral (Brazil), Robert Wilson (USA) and Fanny Ardant (France), will be screened at a world “avant-première” in Brazil: in Sao Paulo, on May 24 2010 at Cinesesc, and in Rio de Janeiro, on May 27, at the Museum of Modern Art, on the occasion of the opening of 3° Forum of UN Alliance of Civilizations. 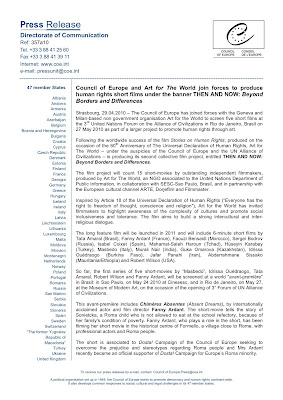 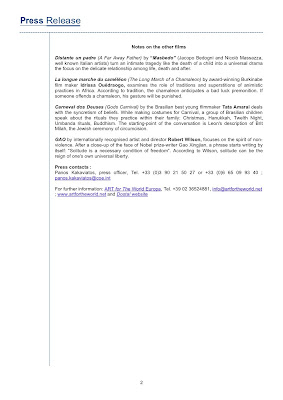