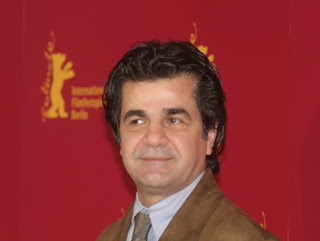 The Iranian filmmaker Jafar Panahi, winner of several international awards, was arrested by Iranian security forces at his residence together with his wife, daughter and fifteen guests (artists, actors, directors). A search was conducted in the home and his personal computer was confiscated.
Jafar Panahi is one of the 15 international indipendent filmakers invited to shoot a short movie on tolerance and intercultural dialogue for the long feature Then And Now: Beyond Borders and Differences produced during 2010 by the ART for The World. For this movie, together with his synopsis «Accordion», in January 2010 Jafar Panahi sent the following director’s intention:
I am a social minded film maker and sensitive to every phenomena which occurs in my society and evidently react to it. Perhaps (accordion) is my reaction to the events surrounded me which have been observing them. Obviously religion has strong relation with the roots of the problems. Religion is in the power of running of the country and the judgment an evaluation of ideas becomes “right” or “wrong”, good or bad. Then, who ever relates and close himself to the religion or pretend religions is allowed to enforce the others or demolish the other peoples right.
Read more »
No comments:
Libellés : Jafar Panahi
Newer Posts Older Posts Home
Subscribe to: Posts (Atom)