Interview with Pipilotti Rist on "I Drink Your Bath Water" 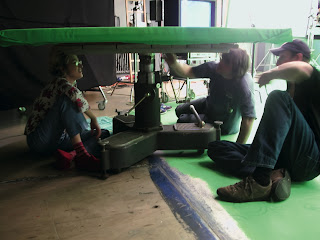 1. First of all, we would like to ask you where the story that you tell in your movie comes from.
I want to treat the body as a landscape. Our body is an environment itself.
2. With regard to the topic that was given to you, which aspect struck you the most? Are there ways in which you were already addressing it in your work?
If we consider us as an organic piece on earth we would often treat the environment differently, more tenderly and cautiously.
3. Human rights are real, something you can feel on your skin, and not something abstract. In a film, the artist and director – just like the poet – creates a personal universe that is drawn from his or her own life in one way or another. Can you help us understand the link between your short film and the experiences that led you to make it?
I’m very short sighted, so I’m able to see all the structure of the skin close up. That influences my camera work. A wrinkle becomes a valley and a belly bottom a pool. We are ephemeral organisms but we have the tendency wanting to be a slick car. My film should help us to accept that we are rather similar to a wet worm.
4. We think that culture in general and cinema in particular can help people to better understand the importance of human rights in their own lives. What do you want to provoke in the wider public with your film?
Knowledge and art can enlighten people and make them think democratically and makes them less vulnerable to power misuse. I want to contribute a centimetre to that tendency.
5. In most of the films created for this project, we see signs of clashes deriving from cultural diversity or caused by limitations imposed on individuals that curtail their freedom in different ways. What do you think is the reason for that?
Missing education and knowledge provokes intolerance, fear (and closed borders and missing assimilation)
6. Now let’s talk a bit about you. Who is Pipilotti Rist?
She likes red beets a lot. Her focus are video/audio installations. She tries to be very friendly but is a somewhat autistic person. She likes machines and children. Her opinion is: art’s task is to contribute to evolution, to encourage the mind, to guarantee a detached view of social changes, to conjure up positive energies, to create sensuousness, to reconcile reason and instinct, to research possibilities and to destroy clichés and prejudices.
No comments:
Libellés : Interviews, Stories on Human Rights

"I Drink your Bath Water" by Pipilotti Rist

Stories on Human Rights in Athens 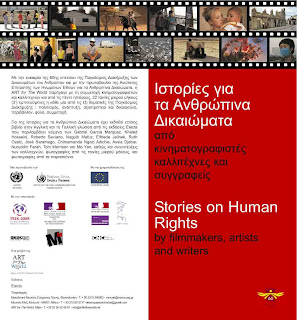 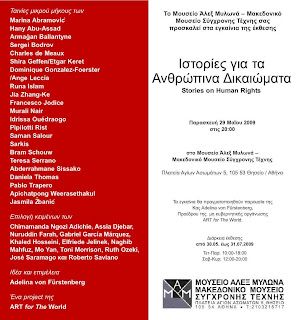 Where can Stories on Human Rights be viewed in May, June, July and August?

The exhibition by the artists Fabiana de Barros and Michel Favre is taking place in São Paulo, Brazil, at Luciana Brito Gallery, from May 13th until June 13th.
The installation, composed by four video projections, creates a fake architecture inside the gallery's real architecture, thus disassembling the exhibition's space in different levels.
The artists investigate the relations that exist between the observer and the work, the visible and the invisible.
The exhibition will be open from Tuesday to Friday, 10 am - 7 pm, and on Saturday, 11 am - 5 pm. 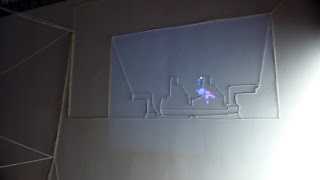 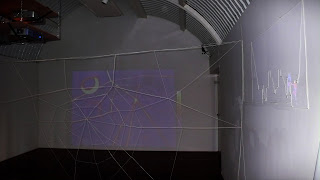 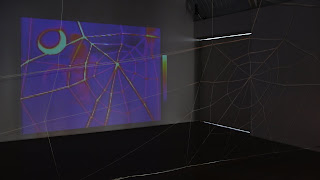 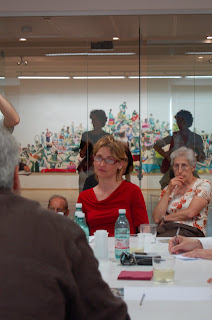 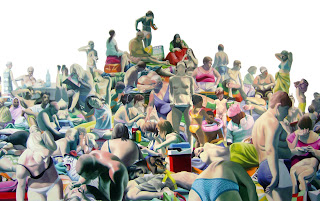 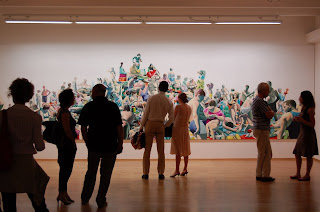 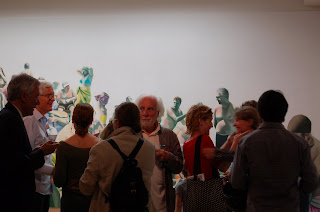 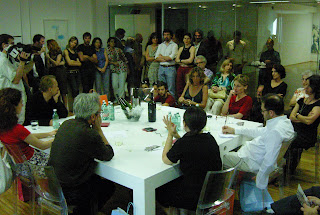 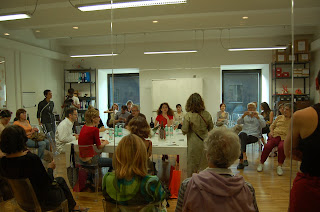 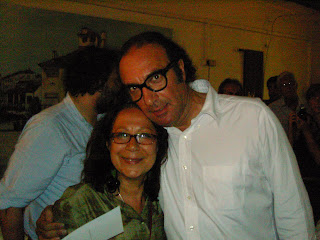 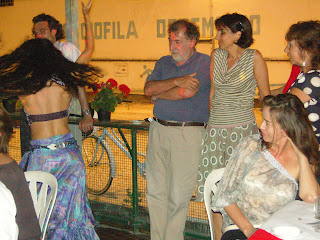 ART for The World presents LA PRUA by Marta Dell'Angelo, on Monday, May 25th, from 6.30 pm to 9 pm, c/o Open Care, first floor, Via Piranesi, 10, Milan.
The opening will be characterized by an open discussion with:

Stories on Human Rights in Bangkok

Stories On Human Rights, an evening of film screenings, took place at the FCCT in Bangkok on 4th May. The films were commissioned by the United Nations, and the programme included Apichatpong Weerasethakul's Mobile Men. Apichatpong was present for a Q&A session after the screenings.

Medley of shorts on Human Rights

LEKHA J. SHANKAR
Friday, May 8th, 2009
The film genre of ‘shorts,’ on the theme of Human Rights and made by the top names in contemporary art and cinema, is to have an exclusive screening at Bangkok. One hopes it can be shown at festivals around the world and possibly at cul tural and academic institutions too.

The films have had their world premiere at Sao Paulo, last year, and there have been screenings at some Human Rights festivals and United Nations/ European Union events in Europe.

For the film buff and the humanist, these are rare and important movies, because they talk of relevant contemporary issues, and also because they introduce us to the best names in contemporary world culture.
ART FOR THE WORLD'S IDEA

The shorts came about, when the Office of the High Commissioner for Human Rights, with funding from the European Union (EU), decided to commemorate the 60th Anniversary of the Universal Declaration of Human Rights.

The project was conceived by the well-known ART for the World organisation, which commissioned 22 talented filmmakers, photographers, and video artistes from around the world, to make three-minute shorts on the six themes of the Universal Declaration: culture, development, dignity and justice, environment, gender and participation.

A book was also released with the films, containing interviews with the directors, as well as contributions by 12 authors, including five Nobel prize winners, on the themes of the Human Rights Declaration.

The directors were chosen for their espousal of human rights. Among the well-known filmmakers are Hany Abu-Assad (Palestine), whose controversial film ‘Paradise Now’ was nominated for the Oscars in 2006, Sergei Bodrov of Russia, whose film ‘The Caucus
Prisoner’ was nominated for the Oscars and the Golden Globes in 1996, Shira Geffen and Etgar Keret of Israel, whose film ‘Jellyfish’ won the top award at Cannes in 2007, and Zhang-Ke Jia from China, whose film ‘Still Life’ won the top award at the Venice festival in 2006.

Some of the other award-winning directors in the series are Abderrahmane Sissako from Mauritania, Saman Salour from Iran, Armagan Ballantyne from New Zealand, Pablo Trapero from Argentine, Apichatpong Weerasethakul from Thailand and Murali Nair from India.

The first short in the series is by famed director Abderrahmane Sissako from Mauritania, whose last feature film, ‘Bamako,’ created waves at many festivals. Called ‘Dignity,’ it deals with the filmmaker asking different people the meaning of ‘Dignity’. No one is able to answer the question in the film, and everyone looks confused!

One of the most unforgettable films is ‘Voice’ by Russian director Sergei Bo
drov, which deals with an excited couple coming to adopt a child. Behind the innocent, adorable face of the child, is a world of corruption, cruelty, frustration and desperation. This is the amazing example of how a ‘short’ film can say so much.

It’s surprising to see how many films deal with the subject of terrorism, and more disturbing to see how it affects young children. In fact, at the end of famed Serbian artiste Marina Abramovic’s ‘Dangerous Games,’ comes the shocking statistic that more than 2,00,000 kids serve as “soldiers” in many parts of the world!

But while the kids in this film play with toy guns, the kids in noted Palestine director Hany Abu Assad’s film ‘A boy, a Wall, and a Donkey’ play with real guns.

As with many films from Iran, the theme of gender is etched out in Iranian director Saman Salour’s ‘The Final Match,’ about a group of little girls vying with the boys to play football on the streets.
The tone is harsh in New Zealand director Armagan Ballantyne’s loud film about domestic violence, ‘Lili & Ra’, and quiet in Sarajevo artiste Jasmila Zbanic’s portrayal of an old- age home in ‘Participation’.

The ‘ rights’ of society towards cinema, is the subject of an amusing round-table discussion, in the French film ‘Des films a faire’, by Dominique Gonzalez-Foerster and Ange Leccia.

There are some interesting films on the Environment, such as ‘La Mangue’ by Idrissa Ouedraogo from Burkina Faso, where the blooming of a mango tree signifies the growth of a young couple’s marriage.

‘La Victoire sur les Sachets’ by French director Sarkis portrays the unique case of disposed garbage being re-cycled into a musical ‘djembe’ instrument. It’s mentioned that 20 tonnes of recycled rubbish leads to as many as 2000 such instruments!

Murali Nair’s short, ‘The Crossing,’ has a dazzling array of images that seem a collage and a “crossing” of the old and new India, with pictures of rural and urban individuals, old-world and hi-tech environments, captured with a speed and urgency that are almost palpable.

These are the many tones and tenors of a unique medley of films, created by some of the most individualistic artistes in the world, on a theme that is singularly relevant today.

Stories on Human Rights in Naples

The Madre Museum of Naples hosted, on Friday, May 8th, at 7pm, the screening of the long feature “Stories on Human Rights”. The curator Adelina von Fürstenberg and the artist Francesco Jodice participated at the projection.
L'arte per i diritti umani con Saviano e Sorrentino 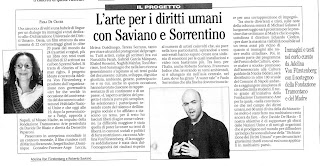 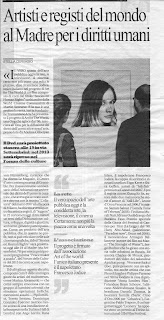 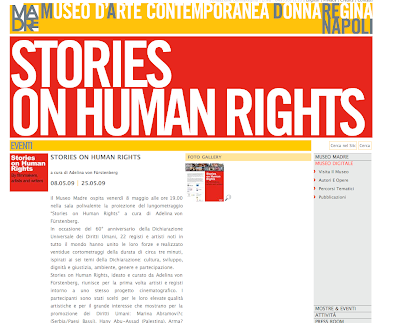