ART for The World's next projects in September - October 2010

ART for The World is closed for the summer break until the end of August.
We wish you nice summer holiday and we will be back in September with our activities and new projects.

The exhibition will feature a series of new paintings focused on animals.
During the opening, an open discussion will take place with the artist and Prof. Giorgio Celli, ethologist and Professor at the Bologna University. 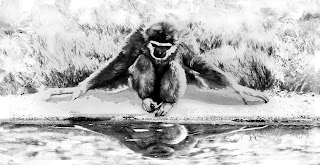 Respiro (Breath) is a collective exhibition that will be hosted in different spaces and venues around the City of Vicenza.
In the contest of the event "Vivere Sani Vivere Bene" (Live Healthy, Live Well),  the  Fondazione Zoé/Zambon Group has invited ART for The World to organize an exhibition focused on the theme of health and more in particular on breath, apnea, blow, diving, sleep, silence, immersion, soul, murmur, calm...
The collaboration with Zambon Group and ART for The World started in 1998 at the occasion of the exhibition The Edge of Awareness, a traveling exhibition with large installations and billboards by more than 40 international artists (Sol LeWitt, Nari Ward, Robert Rauschenberg, among others). The exhibiton - presented in Milan, New York, New Delhi, Sao Paulo and Geneva - was organized at the occasion of the 50th Anniversary of the OMS focusing on the theme of phisical and mental health.

Respiro is therefore the ideal prosecution of this first exhibition and collaboration and a further dialogue on such important issue, featuring: 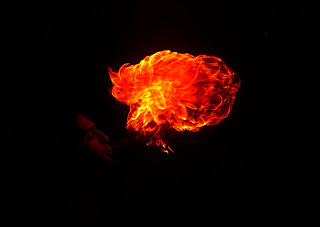 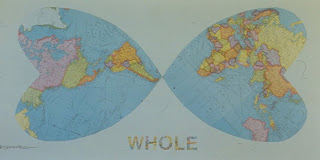 Robert Rauschenberg, Whole, 1998
OUR FILMS ON VIEW in July-September
• USA, Big Sur (California), June - August: Stories on Human Rights at Big Sur International Short Film Screening
• USA, San Francisco, July 23 - August 10: What About Me? by E. Keret and S. Geffen at San Francisco Jewish Film Festival
• Netherlands, Amsterdam, August: A Boy, a Wall and a Donkey (Hany Abu-Assad) and  Impasse (B. Schouw) will be screened at the Van Gogh Museum during the Friday nights screenings

• India, Chennai, August 28: Screening at the Alliance Française of Madras of the first 5 short movies of the long feature film THEN AND NOW Beyond Borders and Differences by Tata Amaral, Fanny Ardant, Masbedo, Idrissa Ouedraogo, Robert Wilson
• Netherlands, The Hague, September 5: A Boy, a Wall and a Donkey (Hany Abu-Assad), Impasse (B. Schouw), What About Me? (E. Keret and S. Geffen), The Final Match (S. Salour) will be screened during the event The Cultural Market of The Hague
No comments:

The Guardian's interview to Fanny Ardant on discrimination against Roma

Following the shooting of the short movie Chimères Absentes against prejudices towards Roma for the film project THEN AND NOW Beyond Borders and Different, on June 23rd at the launch of the Council of Europe's Dosta! campaign, the French actress and director Fanny Ardant responded to  the questions of The Guardian correspondent Afua Hirsch on Europe's treatment of the Roma people. 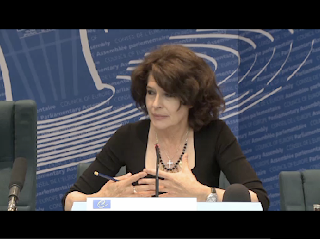 The interview and the short movie are available on The Guardian website at the following links: