Interview with Murali Nair on "The crossing"

Runa Islam at the Turner Price with "Stories on Human Rights"

We are happy to announce that Runa Islam, participating as filmmakers in the project “Stories on Human Rights”, has been nominated for the Turner Prize 2008. In relation to the Turner Prize, each artist has been asked to show or make a film for 3 minutes wonders. These are 3 minutes films made by filmmakers or artists which are broadcasted on, one of the major broadcasting channels in the UK, Channel4.

The timing of the screening will be in the week (before the Turner Prize awards ceremony Monday 1 December) between Monday 24 and Thursday 27 November, Runa thought that it might be a good opportunity to show “TRUST”, the original project created for “Stories on Human Rights” and highlight the 60th anniversary of the UDHR.
No comments:
Libellés : Awards, Stories on Human Rights

Everything is ready in Sao Paolo 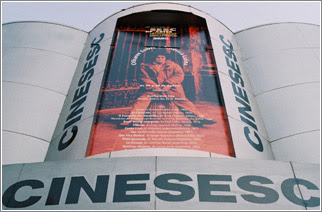 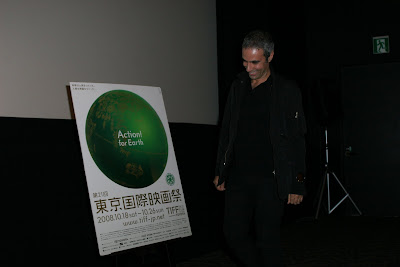 Dear ART for The World,
Our Festival has just closed on Sunday.
The screening of "Stories on Human Rights" has successfuly accepted by the festival audience.
Mr.  Jodice's speech was full of intelligence and passion. After the screening Mr. Jodice was surrounded by youg Japanese enthusiastic sutudents.
I thank you all for your cooperation to realize this occasion.
Bests,
Fumihito TANAKA
No comments:
Libellés : Festivals, Stories on Human Rights

Fabiana de Barros and Michel Favre, ULTRA STOP at the Assab One

ART for The World substains the exhibition of Michel Favre and Fabiana de Barros at Assab One in Milan. Always involved and concerned with the values promoted by ART for the World, they realize a reflection on the topic of memories.
Opening : Monday 27.10.2008
7 p.m.
Ex stabilimenti GEA
via Assab, 1
20132 Milano
www.assab-one.org
No comments:

Stories on Human Rights at the Tokyo Film Festival 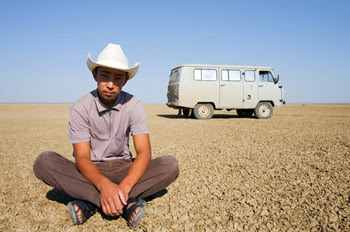 Tomorrow evening at 21.50 in Toho Cinemas Rappongi Hills Screens during the Tokyo film festival, a selection of 13 Films from "Stories on Human Rights" will be presented. The projection will be introduced by the well-known italian photographer and artist Francesco Jodice.

The movie "A Water Tale" by Francesco Jodice is considered worldwide a real masterpiece.
No comments:
Libellés : Festivals, Stories on Human Rights

"A Boy, a Wall and a Donkey" and "N'Dimagou" in Beirut 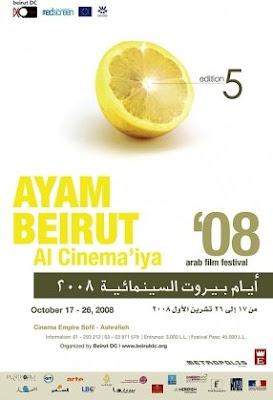 In addition to the short films directed by young filmmakers, the festival of Beirut has chosen to screen 2 films from the project "Stories on Human Rights" by ART for The World, including Palestinian filmmakers Hany Abu Assad’s with "A Boy, a Wall and a Donkey" (Arab Premiere) and the Mauritanian Abderrahmane Sissako’s with "N'Dimagou" (World Premiere).
No comments:
Libellés : Festivals, Stories on Human Rights

Special Mention for Bram Schouw at the Amsterdam Film Festival 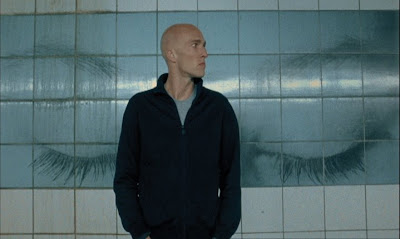 We are very happy to announce that one of our short-movie IMPASSE by the young Dutch filmmaker Bram Schouw has received The Special Mention for the Best International Short Film from the Jury of the International Amsterdam Film Festival.
IMPASSE is co-produced with hazazaH film & photography, Amsterdam, and is one of the 23 short movies of STORIES ON HUMAN RIGHTS produced by Art for the World for the 60th Anniversary of the Universal Declaration of Human Rights, with the support of the European Union and other donors ( see www.artfortheworld.net).
No comments:
Libellés : Awards, Stories on Human Rights

Everything is ready for Sao Paolo 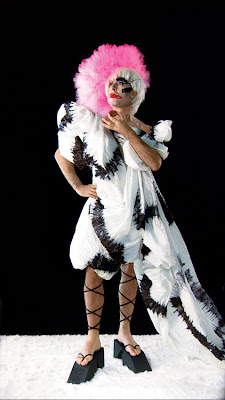 ART for The World will bring from November 2008- February 2009 SESC Pinheiros in Sao Paolo a selection of the Robert Wilson's VOOM Portraits.
This video portrait series takes a minimalist approach but in a more theatrical setting punctuated by Wilson’s iconic lighting and high production values. Portraits are infused with source materials found in the history of painting, design, dance, theater, photography, television, film, and contemporary popular culture. What is especially unique about these portraits is how Wilson situates the subject in a highly constructed or appropriated narrative. Ranging from historical to referential to serious to abstract, these portraits are always poetic biographies of their subjects.
No comments:
Libellés : Exhibitions, SESC 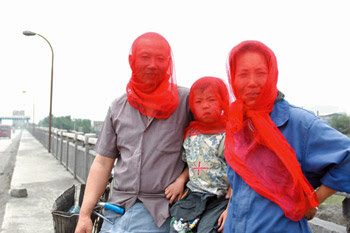 First of all, we would like to ask you where the story that you tell in your movie comes from.
My hometown is Shanxi, which is the most important coal production area in China. In the recent five years, the mass crazy coal mining caused serious environmental problems, the most serious of which is the release of toxic air produced by coking enterprises. As a result, the air quality in this area was damaged to a great extent. In my hometown, the bus stop signboards are oil painted and need to be changed every three months, since the acid elements in the air lead to the paint corrosion of those signboards, which makes them totally unrecognizable. Once thinking of environmental protection, I will remember this issue.
With regard to the topic that was given to you, which aspect struck you the most? Are there ways in which you were already addressing it in your work?
Like the country I live in, the rapid economic growth in many areas is accompanied with the sacrificing of the environment. The faster the economic developed, the worse the environmental damaged. Wealth is concentrated in the hands of a small number of people, but the bad natural environment is in front of each individual. This is a human rights question amplified from environmental protection. In 2005, I began to face the environmental problems in China when I shot Still Life, a film based on the greatest irrigation project in China: The Three Gorges. In the almost one year’s shooting, I witnessed the immigration of 1,000,000 people forced by the change of environment, and the frequent geological damages like debris flow caused by the rising water level. That was the first time I faced the environmental problems during working.
Human rights are real, something you can feel on your skin, and not something abstract. In a film, the artist and director – just like the poet – creates a personal universe that is drawn from his or her own life in one way or another. Can you help us understand the link between your short film and the experiences that led you to make it?
In Sichuan province of China, a big earthquake happened recently took almost 100,000 people away. Of course, earthquake is a kind of natural disaster that people cannot resist, but the long term poverty stressed the impact brought by the disaster. For instance, poverty produced the poor quality buildings. Especially those collapsed in this earthquake were unqualified. It is important to maintain respect for human rights in daily life. The observation to human rights should be continual but not be temporary, and this kind of observation will become a part of my experience.
We think that culture in general and cinema in particular can help people to better understand the importance of human rights in their own lives. What do you want to provoke in the wider public with your film?
I would like to use the film to let the public reconsider their own human rights condition, and arouses more consciousness about rights.
In most of the films created for this project, we see signs of clashes deriving from cultural diversity or caused by limitations imposed on individuals that curtail their freedom in different ways. What do you think is the reason for that?
Actually clash always exists. In China, the extreme of the economy covers up the relatively conservative politics. From the global point of view, the globalization covers up the cultural differences from each place.
This project involves artists and directors, people who usually work with very different languages. What do you think are the differences between artists and directors in their approach to the creative process?
I don’t think there is any difference.
Now let’s talk a bit about you. Who is Zhang Ke Jia?
Jia Zhang Ke, born in Shanxi Province of China in 1970, year of the Cultural Revolution in China. In 1977 I was studying in Primary 1, that year China entered the age of Deng Xiaoping. In 1989 I graduated from high school, that year Tiananmen Incident happened in China. Now, I make films.
25 comments:
Libellés : Interviews, Stories on Human Rights
Newer Posts Home
Subscribe to: Posts (Atom)